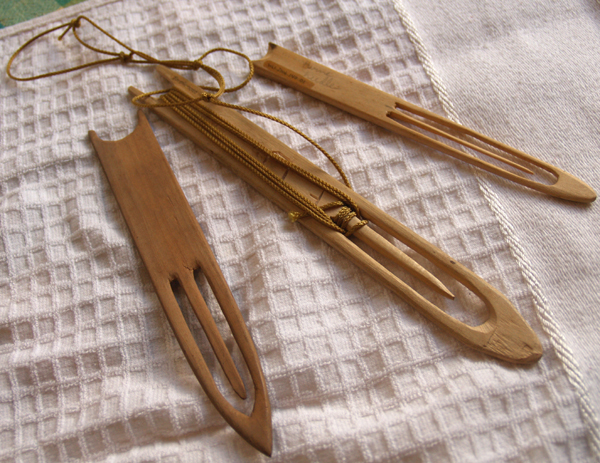 The history of net needles is most likely as old as the making of fishnets. In old Norse poems from early medieval times, we learn that fishnets were made of women's hair.

Originally, net needles may have been made of bone, but in more recent times they have been made of wood, preferably hardwood, like birch or oak. Just like weaving, where the technical term would be shuttle rather than needle, there have basically been two shapes: The flat type with a tongue to hold the twine or thread, or the open split type, with a "jaw".