To See A Large Photo Please Click On The Image. 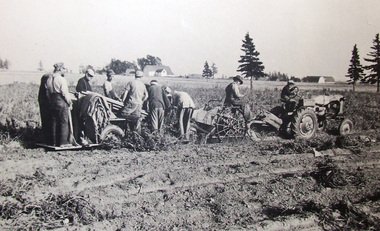 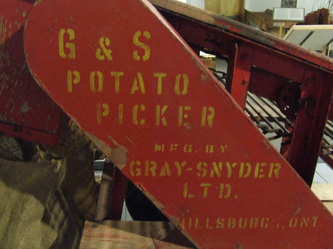 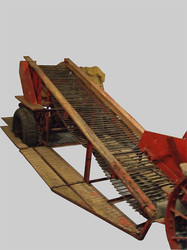 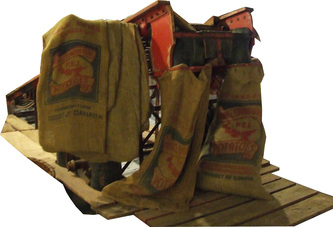 This machine was introduced to PEI in the late 1940's and became popular in the 1950's for harvesting potatoes across the Island.  This particular potato picker was made by Gray-Snyder Ltd. in Hillsburg Ontario.

How Did It Work?

The potato picker / harvester would have been towed behind an elevator digger, which dug up the potatoes and sent them up a similar but smaller metal elevator. When they reached the end, they fell off the edge onto the picker, where dirt was knocked off by the movement of the metal rungs and the worker standing on the wooden platforms at the sides sifted through the potatoes.

Potatoes moved up the elevator until they reach the top, where they then fell into large potato bags. As the bags filled up, workers at the back detached them and threw them to the side, while quickly attaching another bag in its place.