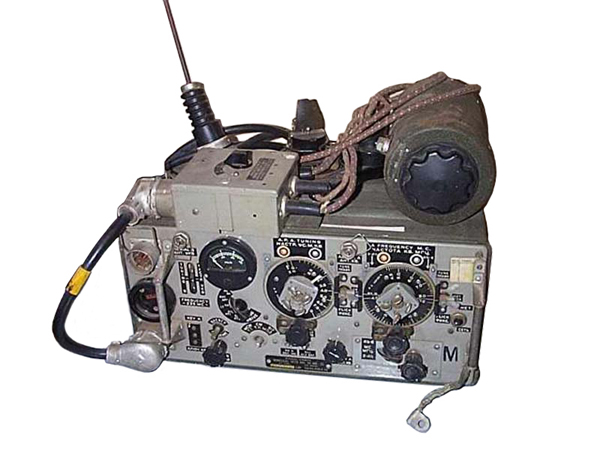 To See A Large Photo Please click On The Image


Military Transmitter Receiver Radio. Referred to as "The Wireless Set No. 19" used during WWII and for years after includes, the main radio, headphones, microphone (hand No. 7), arial, arial barometer, control whit. (6 parts).

This artifact contains a cover story article called the "19 set" Lives On", by David Lawrence.

This radio was donated by Ken Quigley and he had brought it home with him after the war was over. These radios were used in the tanks to be able to communicate back and forth. Ken was a gunner with a tank so he was able to gather up memorabilia to bring home as he could carry it in the tank. He and some other men used these as ham radios after the war. The Wireless Set No. 19 was originally a British design intended to provide communications for armored fighting vehicles. After WWII there were many 19 Sets released onto the surplus market. This provided Amateurs with a quick and inexpensive way to get on the 80 and 40 meter bands.